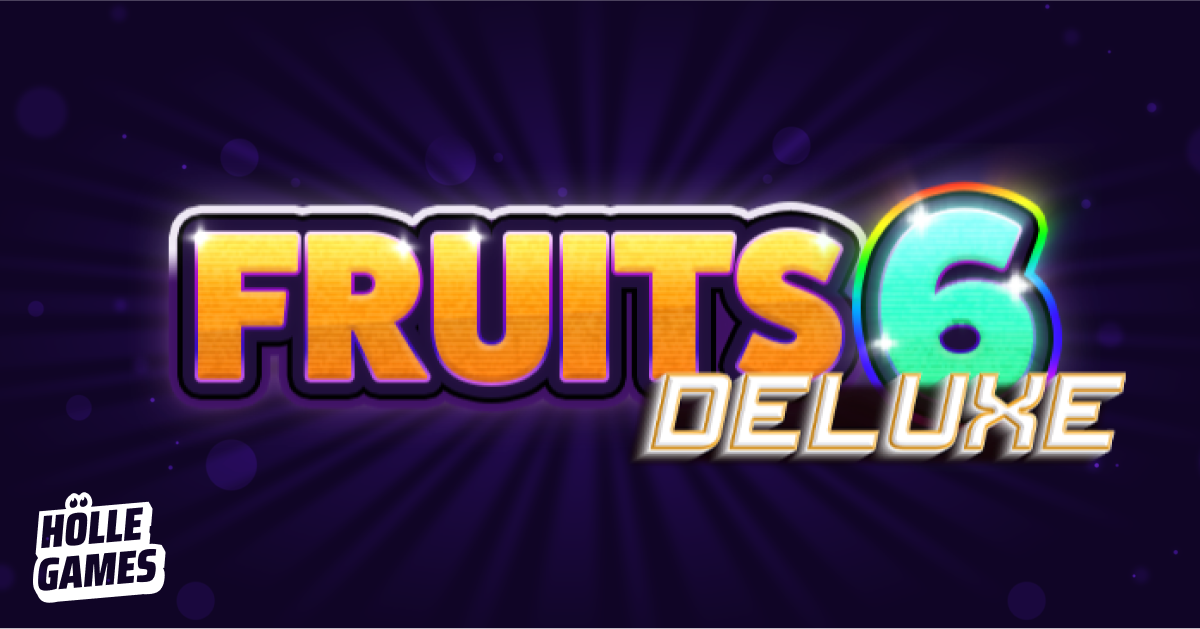 Hölle Games, the start-up slot supplier from Berlin, have launched Fruits 6 DELUXE, a 6x3 follow-on to their hit, “Fruits”.

While the crisp and modern symbols from Fruits remain, a new funky scatter star has been added, awarding up to 15 free spins in this 20 payline slammer.  The Bell symbol also makes an appearance, now becoming an expanding wild in free spins and also present on all the reels, paying up to a very tasty 5000x!

Adding to the volatility of the original, DELUXE adds another reel and then focuses the wins in a 3 row hallway-of-hits. Two RTP variants are offered, 88% and 95%. The optional Card and Ladder features are a firm favourite of fans and are of course also included as optional mini-games.

Hölle Games is a new, independent ‘Made in Germany’ video slots studio. Both MGA and ISO 27001 certified, they provide ‘Classic’ games German players love, such as Fruits, Jolly Wild and Höllische Sieben, while also producing a ‘Premium’ series of slots with unique artwork and cutting-edge game concepts, often carrying distinctive German product names that most Germans will instantly recognise, such as “Holla die Waldfee”.  Furthermore, Hölle Games has produced a new and unique game mechanic called “Bonus Spin”, a player friendly and compliant solution for the German tax regulation, which they have invited other studios to freely use.