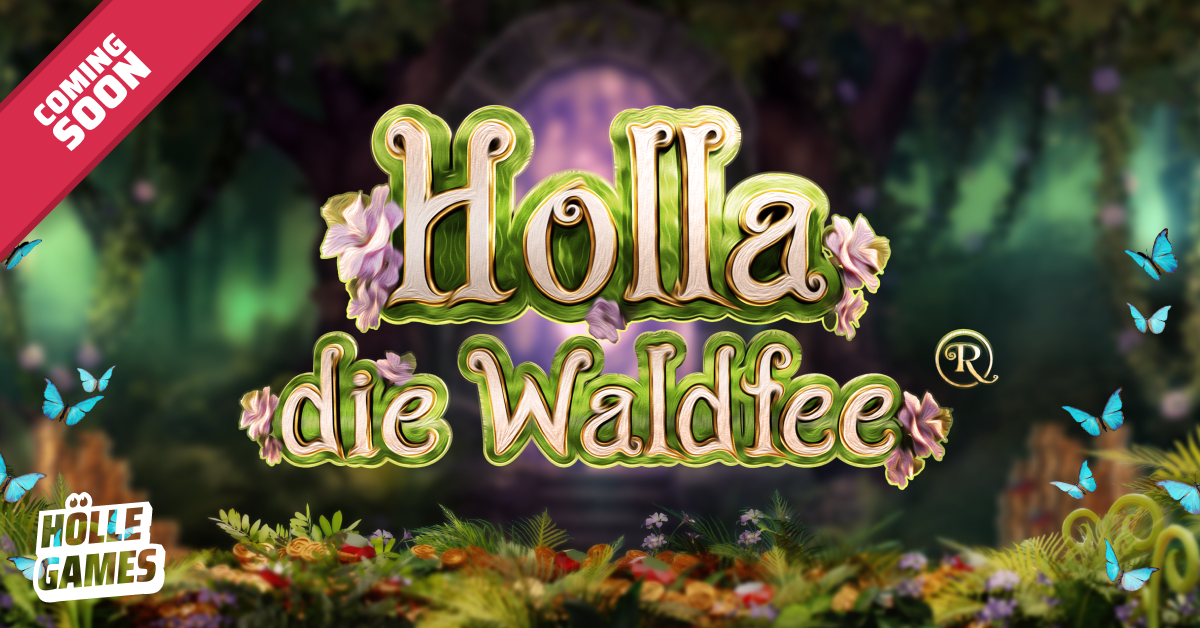 The first in a line of planned “Premium” titles from Hölle Games, 'Holla die Waldfee®' goes live on October 12th

The expression “Holla die Waldfee!” is a German saying often used in moments of astonishment, surprise and actually, when someone wins big at a slot machine.  Translating to “Holla, the forest fairy” in English, the origins of this expression can be traced back to early German folklore and beyond, when mysterious tales of the woods were told around the fireplace.  With Hölle Games being a Berlin-based, Germany focused slots provider, creating content around such unique and country specific themes comes naturally.

The game developer has now given Holla a new lease of life with their 5x4, 25 payline slot, featuring free spins with expanding wilds.  The game has two RTP variants, 88% and 95%. It also features a Mini, Major & Mega Jackpot functionality, along with the Ladder and Card gamble games so popular in the “Classic” series.

Available to all operators from October 12th, while Holla die Waldfee is not a Halloween themed game her enchantment will definitely bring some excitement to the autumn season - expect to hear shouts of “Holla die Waldfee” near you!

Hölle Games is a new, independent ‘Made in Germany’ video slots studio. Both MGA and ISO 27001 certified, they provide ‘Classic’ games German players love, such as Fruits, Bells XL and Ring the Wild Bell, Hölle Games is also producing a ‘Premium’ series of slots with unique artwork and cutting-edge game concepts, carrying distinctive German product names that most Germans will instantly recognise, such as 'Holla die Waldfee®'.  Furthermore, Hölle Games has produced a new and unique game mechanic called “Bonus Spin”, a player friendly and compliant solution for the German tax regulation, which they have invited other studios to freely make use of.