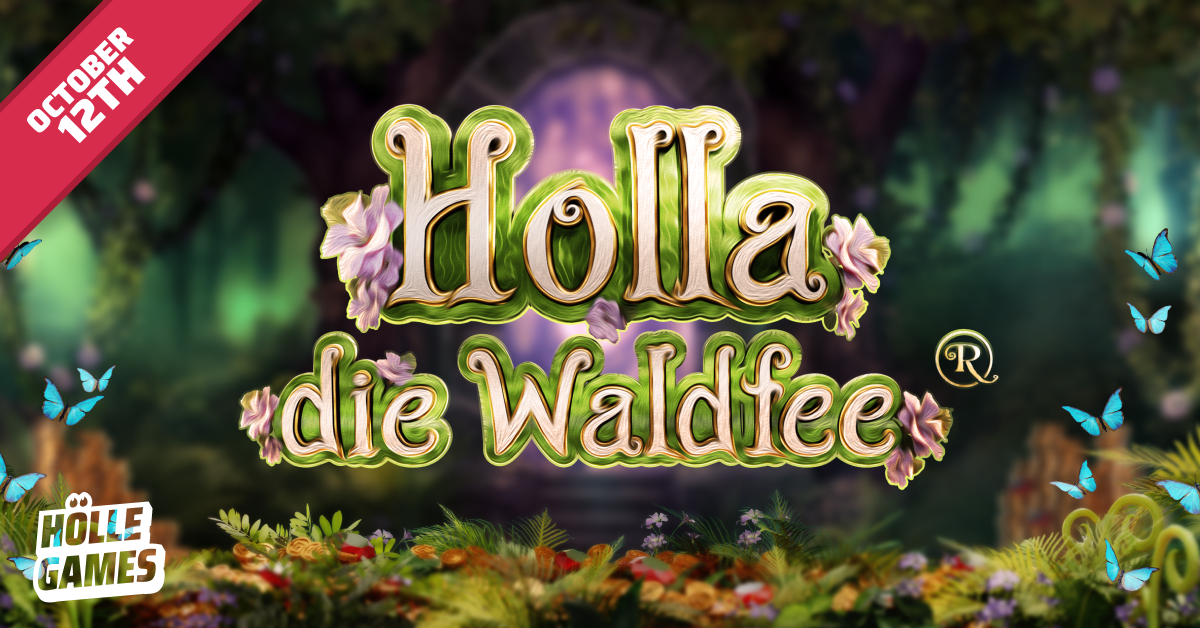 Holla die Waldfee® is a 5x4 slot with a very high volatility.  Themed around German folklore, the game features free spins, expanding wilds and a (non-progressive) jackpot feature, with players able to win up to x1000 their bet, even in the base game.

Translating to “Holla, the forest fairy” in English, the origins of the expression “Holla die Waldfee” can be traced back to early German folklore and beyond, when mysterious tales of the woods were told around the fireplace.  Nowadays the expression is used by German speakers during moments of astonishment, surprise and when winning big on a slot.  With the release of Holla die Waldfee®, Hölle Games will once again have players hollering with joy.