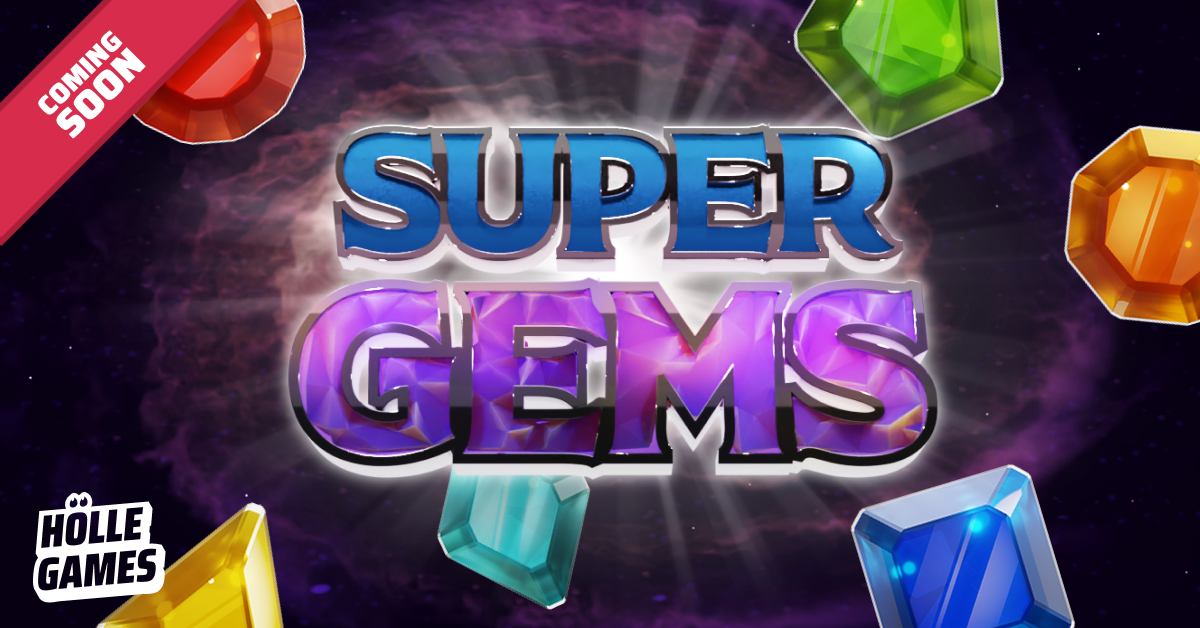 The next in the Classic Series from Hölle Games has been announced, with SUPER GEMS, or STEINREICH as it is known in DE regions, shooting out of space on March 31st.  While available for most of the world from this date, the first two weeks will be an exclusive partner release on German and Austrian territories, with a general release in these regions coming April 14th.

Super Gems follows Respin Fruits as the second game of 2022 from the Berlin studio, and builds upon previous learnings with the Bonus Spin mechanic, fine-tuning this special feature which they pioneered in 2021 and introducing more complexity to the Classic Series portfolio.

While the gem and galaxy themed slot remains a traditional 5x3 with 10 paylines, it offers free spins and cash scatters alongside a special Wild mechanic.  If any wild substitutes on a winning payline, the payout will be doubled in the base game, and tripled in the free spins.  The free spins also feature higher paying symbols.

Keep your eyes on the sky and get ready for those riches!