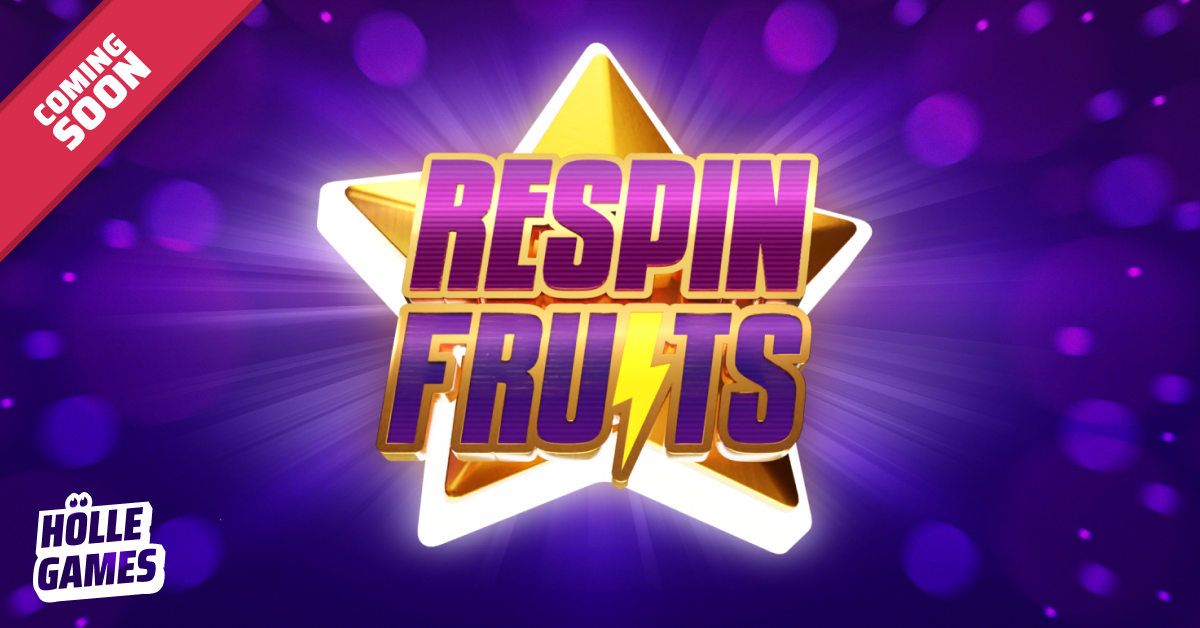 Next month sees the release of RESPIN FRUITS

Fresh February fruits are rare in Germany, but now Hölle Games are juicing up the winter season with a new game chocked full of vitamins! Respin Fruits is the second in the “Premium” series from the Berlin-based slots start-up, the first of which was the successful Holla die Waldfee®.

While Respin Fruits is a conventional 5x3 with 10 paylines, it continues the “Premium” tradition of including more complex features.  The key mechanic is the respin feature, which triggers on matching winlines and continues until there are no more wins left!

Players can win up to 50 free spins, triggered by a scatter that also doubles as a wild, and there’s also an additional cash scatter which pays out up to 500x stake.  Plus, make it to the free spins and be awarded by playing with only the highest symbols.  This and the respins can create some insane wins!

‍Hölle Games is a new, independent ‘Made in Germany’ video slots studio. Both MGA and ISO 27001 certified, they provide ‘Classic’ games German players love, such as Fruits, Bells XL and Höllische Sieben, while also producing a ‘Premium’ series of slots with unique artwork and cutting-edge game concepts, often carrying distinctive German product names that most Germans will instantly recognise, such as “Holla die Waldfee”.  Furthermore, Hölle Games has produced a new and unique game mechanic called “Bonus Spin”, a player friendly and compliant solution for the German tax regulation, which they have invited other studios to freely use.