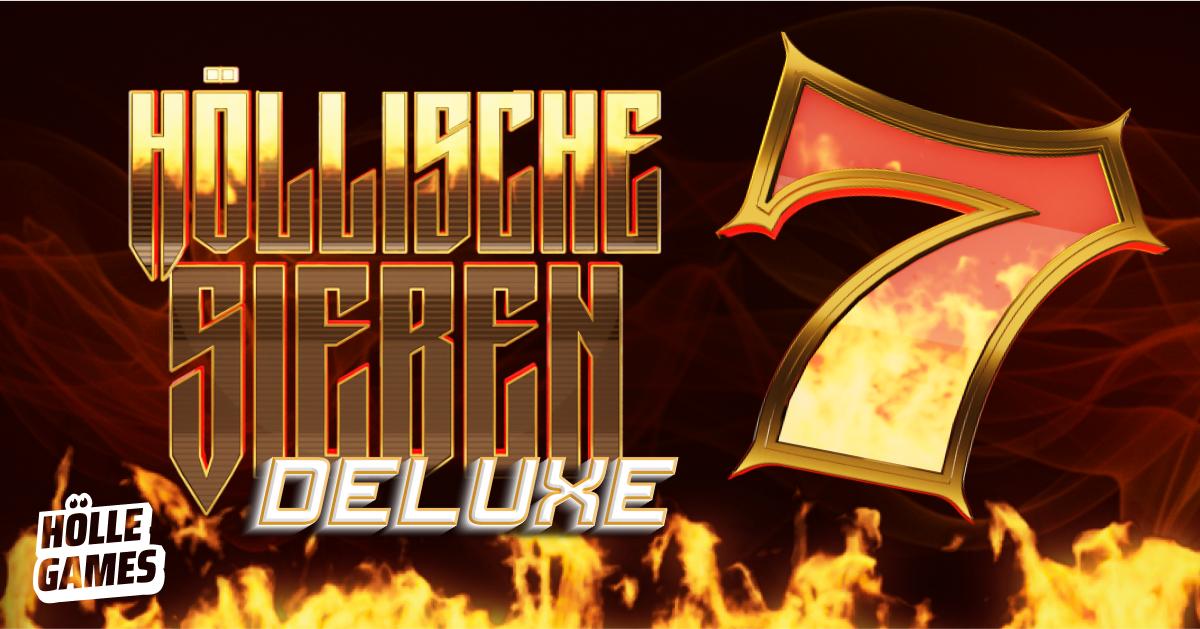 Building on the success of the original, DELUXE features an additional reel and row as well as adding in a volatile free spin round.

The hellish seven theme is maintained, with the flaming scatter Seven awarding free spins - 7, 14, 21, or 28.  Hot chillies are stacked on the reels in both base game and in free spins, adding to the high volatility action that the original was known for.

Like the other slots from Hölle Games, Höllische Sieben DELUXE also comes with optional Card and Ladder features where wins can be gambled.