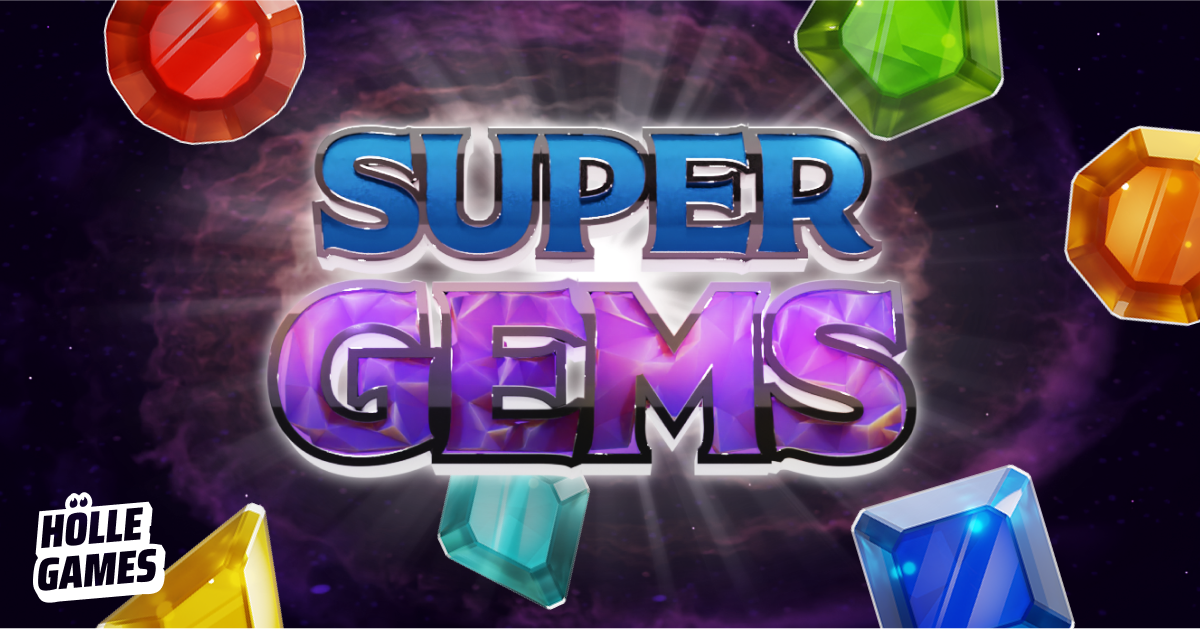 The first spring release of 2022 from Hölle Games, Super Gems is a high volatility 5x3 slot with 10 paylines and a space jewel theme.

Super Gems is called “Steinreich” in German,  a slang term for being filthy rich, and the free spins feature explains why.  While the wild symbols double base game wins, they triple wins in free spins - plus, the reels feature only higher paying symbols.  And, with the free spin round also giving a minimum of 10 free spins along with guaranteed cash, the payouts can be absolutely galactic.

Also featured are Bonus Spin scatters which award cash and additional spins, a refinement of the Bonus Spin mechanic the studio has pioneered.